VR headset are now in trend as all we know. Now a day most of the smartphone manufacturing companies are ready or already offering VR headset to their customers. I believe you are looking a good VR BOX so keep reading this article.I don’t recommend to buy lower end headsets because some of them are not quite good. Cheap VR headsets are not the right to get into the VR world as far as Google Cardboard realize you. But few of the cheaper VR headsets will definitely prove good. One thing should be clear in your mind, Oculus Rift or Vive are far better than these.

VR Box Pros– Like other VR headset it has a slot to hold phone inside the gadget. You can put 3.5’’ to 6’’ smartphone to experience Virtual reality. Slot consist of a tray (panel) that can come off to grab the smartphone tightly.– Pupillary distance and focal distance can be adjusted till device performs the best.– Weight of VR Box is light enough. Straps are there to distribute the mutual weight of VR headset and your smartphone.

– It has cosy pad of sponge at the face side to give comfort while one wear it.

– Design is smooth and comfortable.

– Users have to remove phone from tray to open new movies and video.

– Few of us may feel nausea or a little dizzy after a while. So not recommended to wear it for hours.

– Device does not has rubber pad thus users can’t use phone holder according to the position of the phone buttons. 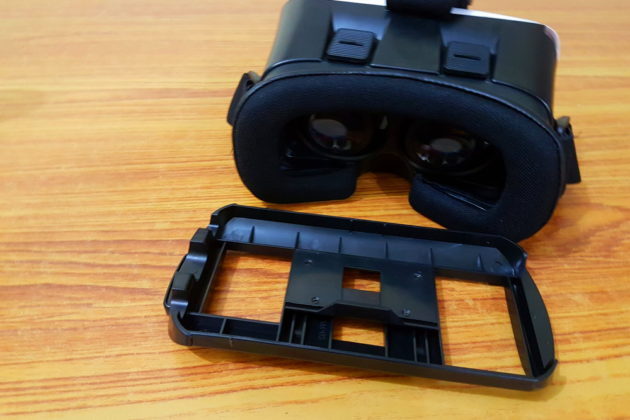 – Does have vent holes which are targeted to avoid the fogging that mostly happens.VerdictIt’s only for those who can’t pay more for VR Box. It has little things to explore and take advantage of. It’s also little bit annoying when you wear it off to change the app or movie.If you want to take the intro of Virtual Reality then can buy this. But to complete solution you’ve to spend more to buy Samsung Gear VR, Oculus VR or Noon VR. One can also find Google Cardboard better than this at some point.